Recently we have been having discussions about how Rust and Meson should work together, especially for mixed language projects. One thing which multiple people have told me (over a time span of several years, actually) is that Rust is Special in that everyone uses crates for everything. Thus there is no point in having any sort of Rust support, the only true way is to blindly call Cargo and have it do everything exactly the way it wants to.

This seems like a reasonable recommendation so I did what every reasonable person would do and accepted this as is. 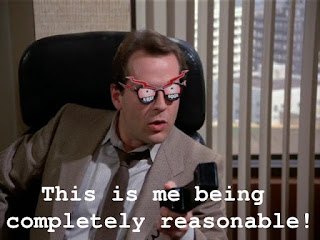 But then curiosity takes hold of you and you start to wonder. Is that really the case?

The basic setup of a Cargo project is fairly straightforward. The file format is mostly declarative and most crates are simple libraries that have a few source files and a bunch of other crates they link against. Meson has the same primitives, so could they be automatically converted.

It turns out that for simple examples you can. Here is a sample repo that downloads the Itoa crate from github, converts the Cargo build definition into a Meson project and builds it as a subproject (with Meson, not Cargo) of the main project that uses it. This prototype turned out to require 71 lines of Python.

What about dependencies other than itoa?

The script currently only works for itoa, because crates.io does not seem to provide a web API for queries and the entire site is created with JavaScript so you can't even do web scraping easily. To get this working properly the only thing you'd need is a function to get from (crate name, version) to the git repo.

They can be easily grabbed from Cargo.toml file. Combined with the above they could be downloaded and converted in the same fashion.

A lot. Unit tests are not built nor run, but they could be added fairly easily. This would require adding compile options so the actual source could be built with the unittest flags. This is some amount of work but Meson already supports a similar feature for D so adding it should not be a huge amount of work. Similarly docs are not generated.

Cargo provides a fairly simple project model and everything more complex should be handled by writing a build.rs program that does everything else necessary. This suffers from the same disadvantages as every Turing complete build system ever has, and these scripts are not in general possible to convert automatically.

However based on documentation the common case seems to be to call into external build tools to build dependency libraries in other languages. In a build system that builds both parts at the same time it would be possible to create a better UX for this (but again would obviously not be something you can convert automatically).

Could this actually work in practice with real world projects?

It might. It might not. Ignoring the previous segment no immediate showstopper has presented itself thus far. It might in the future. But you never know until you try.
Posted by Jussi at 3:35 PM