At FOSDEM, quite literally only a few moments ago, we published the new Meson logo.

From the very beginning it was decided that the logo's shape should be based on the Reuleaux triangle. The overall shape is smooth and pleasant, yet mathematically precise. In spite of its simplicity it can be used for surprisingly complex things. Perhaps the best known example is that if you have a drill bit shaped like a Reuleaux triangle, it can be used to create a rectangular hole. Those who have knowledge about compiler toolchains know that these sort of gymnastics are exactly what a build system needs to do.

There were tens of different designs that tried to turn this basic idea into a logo. In practice it meant sitting in front of Inkscape and trying different things. These attempts included such things as combining the Reuleaux triangle with other shapes such as circles and triangles, as well as various attempts to build a stylished "M" letter. None of them really clicked until one day I put a smaller triangle upside down inside the other. Something about that shape was immediately captivating. 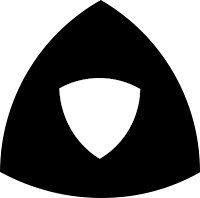 This shape was not directly usable by itself because it looked a lot like the Sierpinski triangle, which you may know from many corporate logos and other media. People also felt that this shape had an eye or a face that was looking at them, which was distracting. The final breakthrough came when even smaller versions of the triangle were added to the corners of the smaller triangle to produce a roughly propeller-like shape. 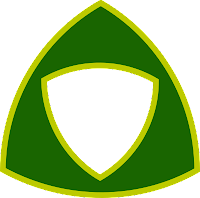 Legend of Zelda alliterations aside, some other color was needed. I was reading an article about logo colors which mentioned that for some reason purple logos are not as common as one would imagine. Upon reading that sentence the choice was done. After all if it is good enough for Taco Bell and Barbie, it is good enough for us.

Choosing the actual shade of purple was a tougher problem. We wanted a deep shade that is closer to blue than red. A bunch of back and forth got us to the current selection, PANTONE 2105C. This decision might not be final, though. The shade is slightly off from what I considered the perfect one. It would also be nice to have a free-as-in-freedom way of defining the logo colour rather than using one from a proprietary vendor.

Technical logos usually use sans serif fonts, possibly with a geometrical shape to evoke stability and rigidity. This was the original plan for Meson's logo as well but eventually it seemed like those fonts were fairly heavy. We wanted the text to be light to symbolize the lean internals of Meson and its low resource usage. It also turned out that a light text nicely balances the slightly bulky logo shape. Going through various font and design sites I eventually found myself looking at this picture.

This is the inscription in Trajan's Column as created by ancient Romans. The typeface was exactly as needed, light but a definite sense of gravitas. The basic letterforms were traced and after several rounds of artisanal hand-crafted vector object tuning the final text shape was finished. For comparison we also tested Computer Modern as the logo text. It got a very sharp 50/50 split of people either hating it or loving it.

The logo is not licensed under Apache as the rest of Meson is. It turns out that there is a license hole in the FOSS world for logos. It would be great if someone could come up with a simple and clear cut "you can use the logo to refer to the project but not claim endorsement of the project or use the logo on any merchandising" license. Many projects, such as GNOME, have their own license for this but copying random license legalese always feels a bit scary.

If you spend long enough working on any abstract geometric shape, you are going to think of some real world object that resembles it. That's just how the human brain works. This the image my subconscious brought forth. 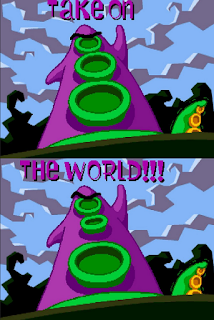 I swear that this was not an intentional design point.
Posted by Jussi at 12:03 PM