Building even more of LibreOffice with Meson, now with graphics

I have converted some more of LO's build system to Meson as an experiment. This is the current status: 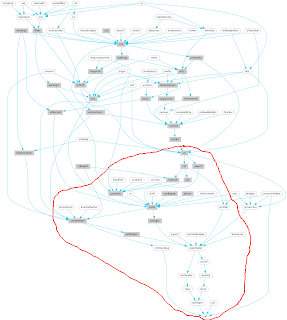 Note that this contains only the main deliverables, i.e. the shared libraries and executables. Unit tests and the like are not converted apart from a few sample tests.

It was mentioned in an earlier blog post that platform abstraction layers are the trickiest ones to build. This turns out to be the case here also. LO has at least three such frameworks (depending on how you count them). SAL is the very basic layer, UNO is a component model used to, for example, expose functionality to Java. Finally VCL is the GUI toolkit abstraction layer. Now that we have the GUI toolkit and its GTK plugin built we can build a VCL sample application and launch it. It looks like this:

This is again fairly typical of existing projects that have custom build systems, where they require a specific layout of files in the build directory or some environment settings that specify where to run things. This does not seem to be a case of incorrect build configuration, since trying to run executables directly from the build dir of a checkout built with the existing Make-based system fails in much the same way. This is a problem because the project builds code generator executables and uses them to create sources during build, and running them directly does not work. This is the sort of issue which is hard to debug as an outsider, and could really use help from people who know what the code is actually doing.

The curious can get full code can be found in this Github repo.

I have written and self-published a user manual on Meson. It can be purchased via this web site.
Posted by Jussi at 5:37 PM