On the whole, laptops are boring. There are three different types.

There is a cottage industry that manufactures stickers that are the size of the entire laptop but those are inconvenient and not particularly slick. You only have one chance to apply and any misalignments or air bubbles are going to be there forever.

But what if some laptop manufacturer chose to do things differently and designed their laptops so that the entire face plate were detachable and replaceable? This would allow everybody to customize their own laptops in exactly the way they want to (this should naturally extend to the inner keyboard plate, but we'll ignore that for now). For example you could create a laptop with the exact Pantone color that you want rather than what the laptop manufacturer saw fit to give you. 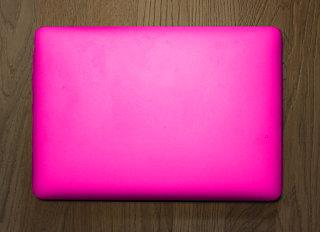 Or maybe you'd like to have a laptop cover which lights up not the manufacturer's branding but instead the logo of your favourite band? 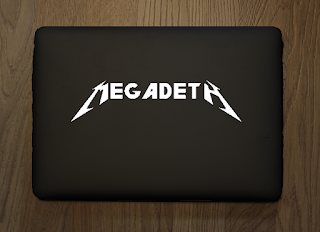 Or perhaps you are a fan of classic muscle cars? 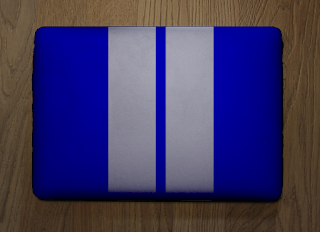 The thing that separates these covers from what we currently have is that they would not be pictures of things or stickers. The racing stripe cover could be manufactured in exactly the same way as real car hoods. It would shine like real metal. It would feel different when touched. You could, one imagines, polish it with real car wax. It would be the real thing. Being able to create experimental things in isolation makes all sorts of experimentation possible so you could try holograms, laser engravings, embossings, unusual metals and all sorts of funky stuff easily. In case of failure the outcome is just a lost cover plate you can toss into the recycling bin rather than a very expensive laptop that is either unusably ugly or flat out broken.

But wait, there's more. Corporate PR departments should be delighted with this. Currently whenever people do presentations in conferences their laptops are clearly visible and advertise the manufacturer. The same goes for sales people visiting customers (well, eventually, once Covid 19 passes) and so on. Suppose you could have this instead: 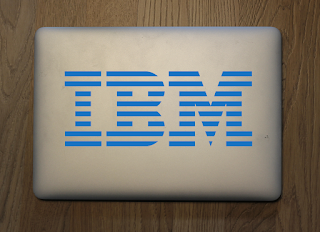 Suddenly you have reclaimed a ton of prime advertising real estate that can be used for brand promotion (or something like that, not really a PR person so I'm not intimately familiar with the terminology). If you are a sufficiently large customer and order thousands of laptops at a time, it might be worth it to get all the custom plates fitted at the main factory during assembly. Providing this service would also increase the manufacturer's profit margin.